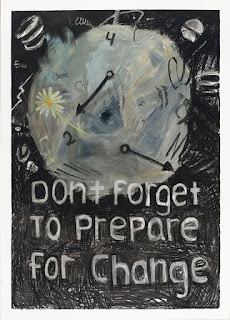 Social Responsibility is a process, with the purpose to genuinely interact, to assist those less powerful. The arts have the potential to communicate, inform, and create an experience. Creative projects and programs are a foundation of engagement that educate and draw attention to social issues. Art assignments can teach ethics, empathy, and respect. Students involved in community and collaborative activities encourage an optimistic outlook for change. Expressive arts can positively influence our society through awareness and action.
Below is a growing directory of projects, artists, examples, film, and lessons devoted to social commentary. Central to the work are aspects made public, participatory, interactive, community-based, message-based, archiving our surroundings, produces beauty, and germinates the growth of constructive ideas. 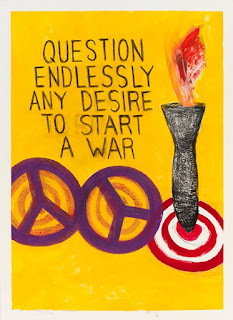 HOW DO ARTISTS ADDRESS SOCIAL ISSUES? Every person decides what to do with his or her power. The responsibility of art is first to be art. Artists define their own expression and practice. Intrinsically, art is part of a historical process that has been sensitive to current affairs, curious about the status quo, responsive to conflict. Whether political implications are intended or not, most art joins a discussion. Inherently, art is a powerful tool that wields influence and becomes social commentary.
Today, as we witness the fragility of our world and the globally problems we face, works of art can transcended barriers and provoke new perspective to bring forth change. Below are films about creative people through history whose art or lives, directly or indirectly, comment on issues of human rights, social justice, the environment, poverty, addiction, illness, disabilities or other human conditions.

We are dedicated to being accessible across the spectrum of politics, sex, gender identity, orientation, race, ethnicity, religion, region, income, health status, and physical ability.

We do not censor young voices or avoid difficult subject matter. Our program guides rather than controls the processes of inquiry and the construction of knowledge. Our stance is one of inclusion in documenting opinions that encourage exploratory talk and increased understanding within the classroom setting. However, we don’t condone hate and will refrain from posting statements not constructive to student discourse.